Fleas, despite their small size, can bring a lot of trouble to our four-legged friends. They not only irritate the dog, but can lead to serious health problems caused by bacterial infections. If you suspect that your dog has got parasites, you do not need to ignore this fact, because getting rid of fleas is not at all difficult. 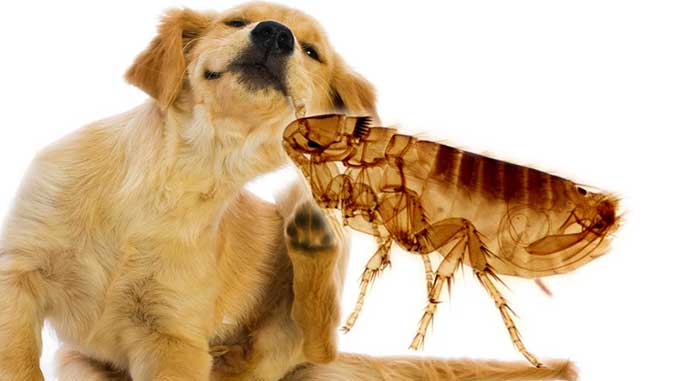 Fleas are temporary parasites of animals, birds and humans, they belong to the order of blood-sucking insects, they have a smooth and narrow wingless body with strong limbs, which is covered with many thorns and bristles. It is they who help the insect to adhere perfectly at any angle on the fur of animals, in the folds of clothing, on the feathers of birds, and also to move quickly in the habitats of their “owners” (nests, dens and burrows).

One of the main ways of movement of these insects is jumping, in which the second and especially the third pair of legs are used to push. The flea mouth apparatus is of the piercing-sucking type and is perfectly adapted for piercing the skin and sucking blood. The body length ranges from 5 mm. Females are usually larger than males.

There are approximately two thousand species of fleas in the world. Pets are usually parasitized by the following:

Mating of adults occurs a short time after emergence from the pupa and can be carried out both on the animal itself and in its habitat. For example, fleas in dogs mate, as a rule, in places intended for resting an animal or next to a toilet, etc. An adult female can lay up to 10 eggs at a time, and this number reaches 500 in her entire life. The period of egg development usually does not exceed 14 days.

The form of the flea larva emerging from the egg is worm-like. She has no legs, but she is quite mobile. But before becoming a full-fledged individual, the larvae go through the pupation process three times. In nutrition, they are undemanding, they calmly feed on the excrement of adult parasites, which contain a large amount of undigested blood, as well as various organic substances. However, flea larvae, being far from the food source, can remain in the cocoon for a long time and wait for a favorable moment. 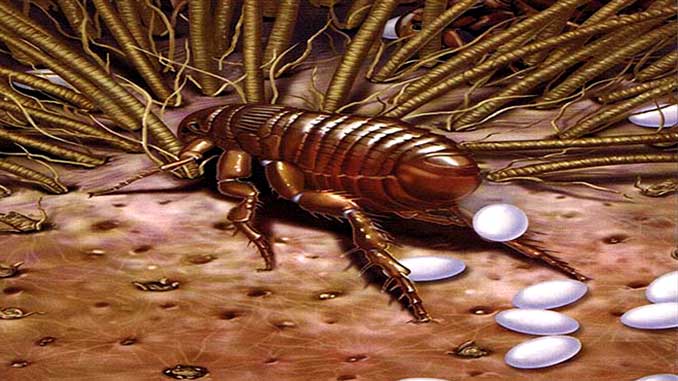 Adults (both females and males) feed exclusively on blood. This process of eating (sucking blood) can last from 1-2 minutes to several hours. The amount of blood that fleas can suck from a dog is tens of times larger than their size. Some individuals can suck blood so much that they do not even have time to digest it.

In the wild, fleas are most active in the fall, spring and summer. However, the warm climate (the temperature is not lower than -5 in winter) and the residence of dogs in apartments allows fleas to lead an active lifestyle throughout the year.

Read also:  Leash for dog. What are they and which one to choose?

It is for this reason that flea treatment is a must for dogs throughout the year!


How to tell if your dog has fleas?

One of the main and most noticeable signs of fleas in an animal, which every owner should pay attention to, is severe itching of the skin (at the initial stage of infection, it may be less pronounced). Itching is usually localized on the neck, back and abdomen. The animal itches, begins to tear the skin, as a result of which damage appears on it in the form of scratches, abrasions, irritations, and the development of inflammatory processes is possible.

Fleas are difficult to spot, especially on dark, thick-coated dogs. However, if you have a suspicion that your dog has got fleas, then you can do a simple test for flea feces in the animal’s fur. To do this, take a comb-comb with dense teeth (you can buy a special anti-flea comb) and comb the dog’s fur. Fleas leave feces in the dog’s coat and if the dog is infected with parasites, black dots will remain on the comb.

What diseases do fleas carry?

Let’s see why fleas are dangerous for a dog besides the fact that they cause discomfort to the pet. 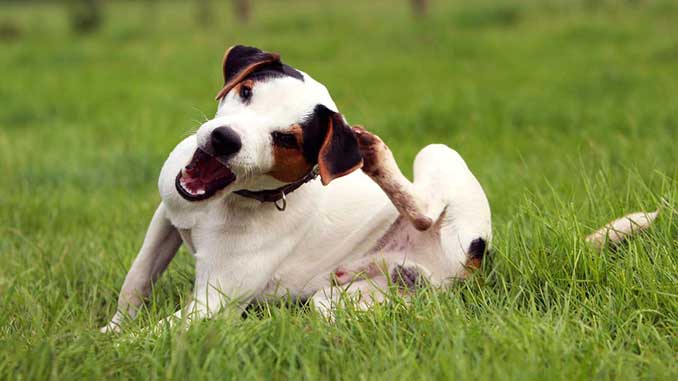 How to remove fleas from a dog?

Considering that the habitat of fleas is not limited to the animal itself, and insects feel great, “settling” throughout the environment of the “host”, treatment should include comprehensive measures to combat them. Namely, the removal of fleas from the animal and the obligatory complete processing of the dog’s living space. It is important to handle all objects that the pet may come into contact with (carrier, bedding, etc.). After that, it will be necessary to ensure the prevention of the development of adults from eggs and larvae. The main insecticides (anti-flea agents) are as follows:


When using one or another insecticidal drug, it is important to take into account the degree of damage to the animal by parasites, weight and age, its environment, and the presence of other animals and small children is also an important factor. Therefore, before using anti-flea remedies, it is necessary to obtain qualified advice from a veterinarian.

As a rule, if you get serious about the matter, then it is not at all difficult to remove fleas from a dog, but prevention is even simpler. Indeed, on the shelves of veterinary pharmacies and pet stores, a huge number of anti-flea drugs are presented. What are their similarities or differences, pros and cons, we will discuss further.

So which flea remedy should you choose? 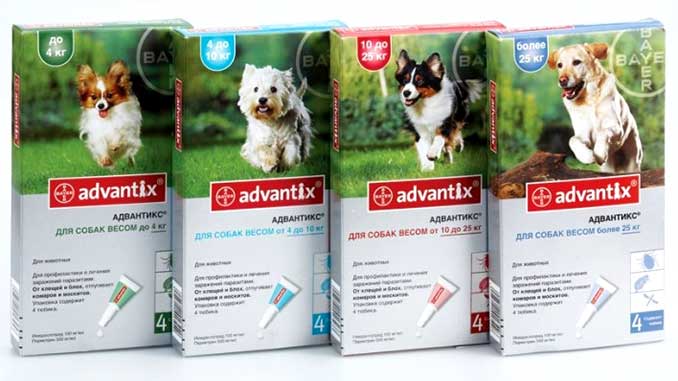 Insecticidal drops are applied directly to the fur and skin of the withers of the animal, the area between the shoulder blades and along the spine. These funds have a long term of action – on average, about a month. The main components in the composition are: selamectin, imidacloprid, metaflumizone, fipronil and etofenprox. After applying drops to the withers of the animal, insecticides are evenly distributed throughout the dog’s body through the sebaceous glands and are retained in the epidermis and hair follicles.

Of the minuses of the drops, it should be noted that they begin to act on average 3 days after the start of treatment (this is exactly the period that is required for the distribution of insecticides throughout the animal’s body).

If the dog is bathed frequently, then the duration of the drops will be shortened. Thus, they are unlikely to be suitable for light-haired or long-haired dogs in rainy and muddy seasons, as well as for show dogs that need regular bathing. It must be borne in mind that not all active ingredients of the drops are suitable for the vast majority of dogs. Their components can also cause allergic reactions.

In this category of insecticides, one of the best and most effective drops of companies: Frontline, Stronghold, Hartz, Advantage. 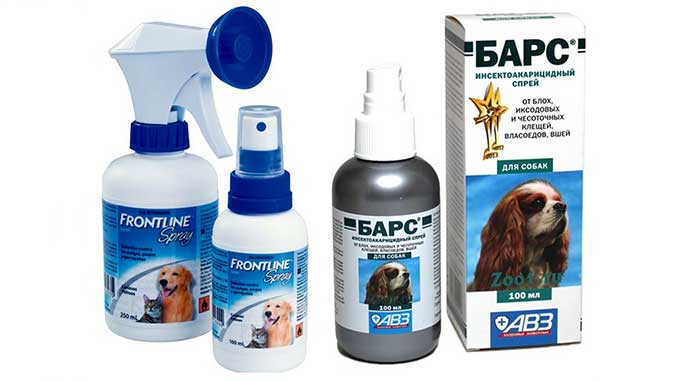 Sprays and aerosols, like insecticidal drops, are a means of external exposure to fleas. They are applied to the animal’s fur by spraying the preparation and have a similar prolonged action. In order to avoid getting these funds in the eyes, it is better to treat the areas on the face around the eyes and ears with a cotton swab moistened with the drug.

Of the disadvantages of sprays, it should be noted that the dog needs to be treated in a well-ventilated area, because the sprays are quite toxic to humans. As with drops, the effect of the spray diminishes as the dog is bathed. The undoubted advantages of sprays include the fact that they begin to act instantly, which is certainly important if the dog is already infected with fleas.

The most effective aerosols are Frontline and Hartz. 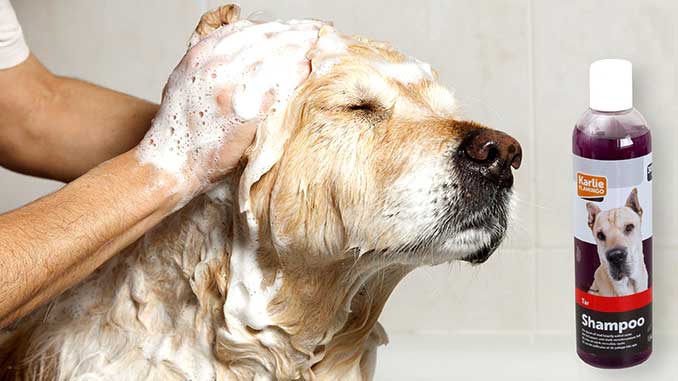 Shampoos perfectly rid the animal of mature parasites. But, again, it is recommended that you read the composition carefully. In cheap products, permethrin can be used, which causes frequent allergic reactions. The disadvantage of shampoos is their unpredictable effect. Shampoos from Mr. Kiss and Rolf Club are not only an antiparasitic agent, but also gently care for your pet’s skin and hair. 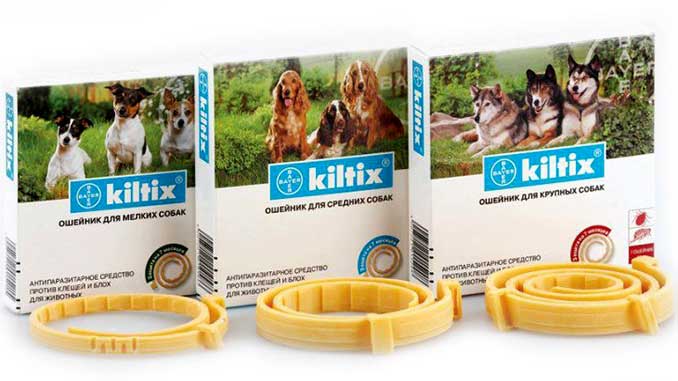 Flea collars are more of a prophylactic than a remedy. These are good insect repellents. When used correctly, the pet will be perfectly protected from parasites for six months. You should pay attention to the composition and during the first days of use make sure that the animal does not irritate under the collar. An allergic reaction to a flea collar can also manifest itself as a breathing disorder in a dog – shortness of breath, cough, etc. If the animal is worried, itchy or rash appears, a different collar should be used. The most effective are collars of the following brands: Hartz, Bolfo, Beaphar. 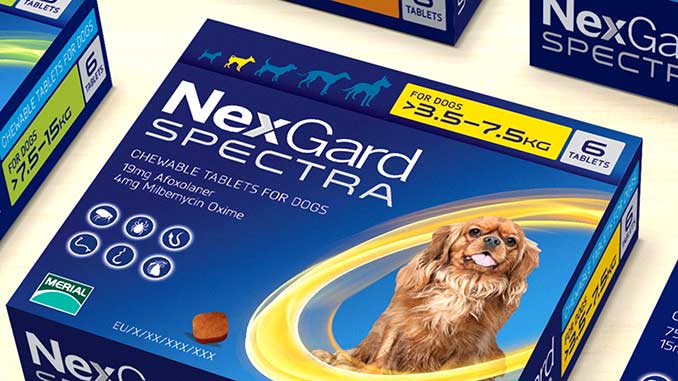 In recent years, anti-flea drugs in the form of solutions and tablets, respectively, which are based on chemicals that suppress the reproduction and development of insects, have been very popular. The active ingredients of such drugs are absorbed into the blood of animals. When a flea bites a dog taking such a drug, it is simply paralyzed and dies.

According to the instructions, such anti-flea drugs begin to work after 7-12 hours. The undoubted advantages can be considered the facts that the tablets are not toxic to humans and do not interfere with frequent bathing of the dog. Anti-flea tablets have a different duration of action – from one to three months, and contain, accordingly, different amounts of active substances. For small breed dogs, we would not recommend long-acting tablets. The most famous manufacturers of flea tablets are: Bravecto, Frontline Nexgard, Comfortis, Simparica.

The main thing that animal owners should always remember is that in each case of infection, an individual selection of drugs is required, the way they are used depends on certain conditions and various factors.